This fixture has thrown up some real battles over the years. Photo by Gordon Flood // CC BY 2.0

There have already been some high profile matches this season. There have also been more than a couple of shocks, with Norwich overcoming the reigning champions and Newcastle beating Tottenham in their own back yard. Match week 7 throws up some interesting fixtures, but one jumps out – Manchester United versus Arsenal.

It is not a geographical derby, but there is no doubting the fact that this fixture has history. It has produced some of the most feisty, watchable and dramatic games in recent memory, and there was no love lost between the clubs, managers or players. Of course, much of that was when these were the two clubs battling it out for number one spot in England’s top league. All that seems a long way away, as both clubs try to come to terms with life post Fergusson, post Wenger, and post Manchester City, Liverpool and to a certain extent Spurs upping their game.

No one outside of Old Trafford or The Emirates would have given either club much of a hope of lifting the title this season, and at the moment it does seem it may be a while before that changes. That will be what is most annoying for those connected with these once, and largely still, great clubs. In football, as in all sports, getting to the top is one thing, staying there is altogether another, and it is that longevity, that ability to do it time and time again that creates a legacy. Look at the top of the men’s game in tennis. Djokovic, Nadal and Federer have all been at the very top for over a decade, but still have the desire, the motivation and the ability to keep on winning trophies. Those three are still the ones to beat when it comes to major tournaments.

Football is a team sport, so you are not hampered by aging bodies in the way that individual players are in tennis. That is where the ability to use the transfer market comes into its own, and is where criticism of both of these clubs has been levelled in recent years. For years, Arsenal have repeatedly failed to recruit the type of players that their squad has been crying out for. United have spent big, but successive managers have felt the need to rip up what their predecessors had done. Unlike the NFL, for example, where the draft system ensures top talent is more evenly distributed, something borne out by the odds on the best offensive rookies for the year –  there really is no excuse for managers and boards in the EPL not getting their recruitment right. Only when that piece of the jigsaw is put into place will they be able to once again challenge for the title.

It has been a mixed start for both clubs so far this season. Solskjær’s United have had games where they have performed well, despite being forced to play what, on paper at least, is an understrength team. They have also dropped points in games they really should not be dropping points in. It is that inconsistency that their fans will find so hard to take, especially as it was their consistency that formed the cornerstone of their dominant sides under Fergusson.

Arsenal are a similar story, though they do appear to have put some – but not by any means all – of their problems from last season behind them. To come back from two down against Spurs showed a heart and a battling spirit that had been missing. They do however rely far too heavily on Aubameyang and his goals. 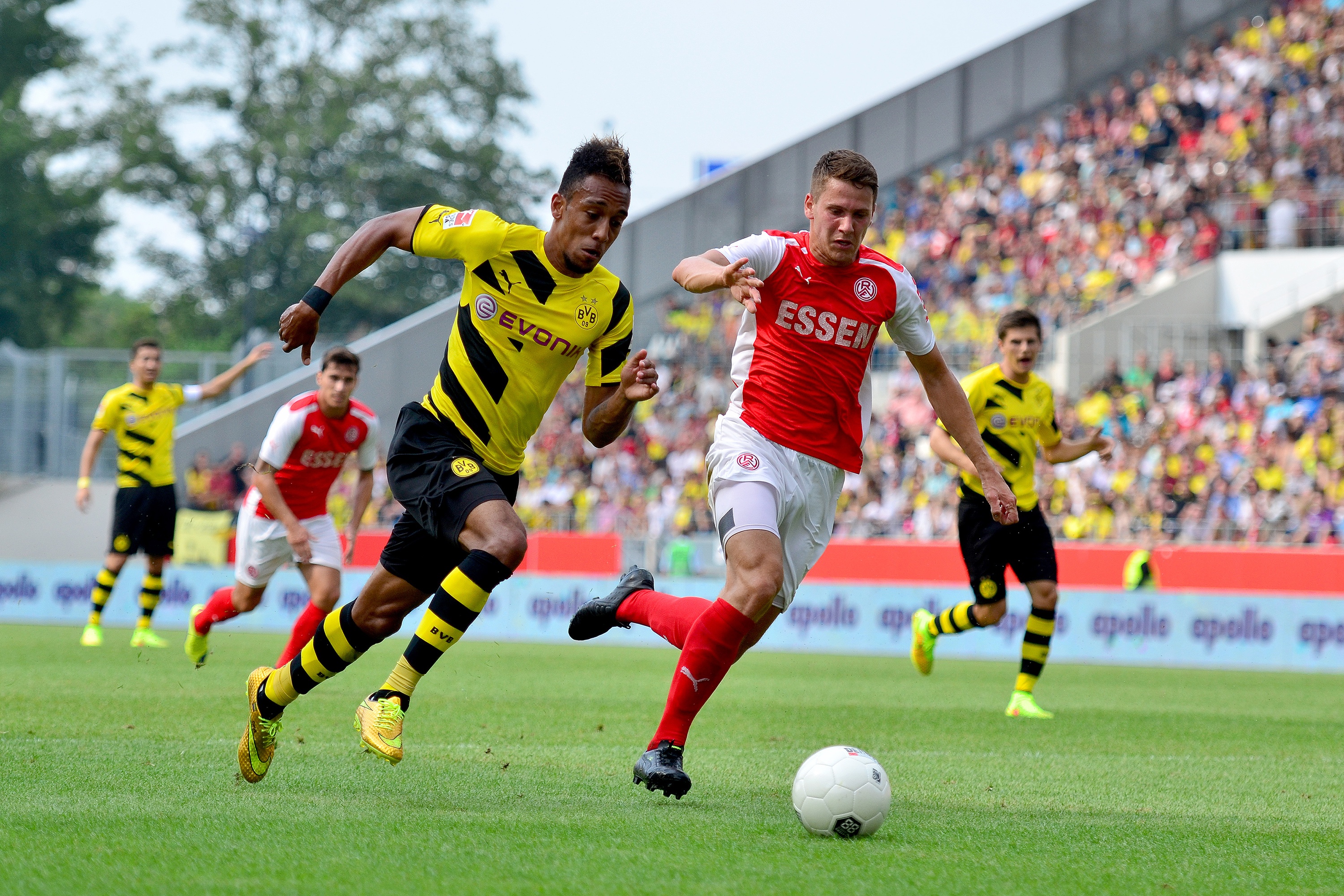 Caption: Aubameyang has carried is Dortmund form into the EPL. // Photo by Dirk Vorderstraße // CC BY 2.0

All of that goes to make this fixture a fascinating one, and also one that is hard to predict. That of course means that there could very much be value to be found in this match. United will go into the game as slight favourites (slightly less than even money, while Arsenal are around the 2/1 mark) but that is likely more to do with where the match is being played than anything else. Neither of those odds appear particularly attractive, but the draw at current odds of 13/5 looks the best bet. A low scoring draw is perhaps the most likely result, with the under 2.5 goals looking  relatively good value. If you are going down that route, then either side to be leading at half time, but the game ultimately to end all square, is a fairly healthy 14’s.

Other bets for that weekend

As always it is worth keeping an eye on our soccer picks page to see what other games we are looking at. As for that game week, two EPL games could throw up an upset, namely Sheffield United at home to Liverpool, and the blue half of Liverpool against the champions. Sheffield United have showed that they are stubborn, and capable of scoring goals, something that looked likely to be their Achilles heal. Liverpool have been flying, but this is just the game where they may come unstuck. At around 9/1 for the win, and 9/2 for a draw it could well be worth a second look.

Likewise when Everton host Manchester City. Pep’s side have stuttered at times this season, and though Everton have been far from impressive, they have the players to cause City a bloody nose, and the odds will be big enough to justify giving that a look as well.